Melbourne singer-songwriter Diana May Clark established her interpretive credentials by way of award-winning Brazilian jazz recordings and collaborations with virtuoso guitarist/composer (and husband) Doug de Vries. She has a background in A cappella and choral music (Akasa, Borboleta, Melbourne Millennium Chorus).

De Vries and Clark have established a loyal fan base in Australia and travel to Brazil regularly for collaboration and inspiration for their compositions. The duo's recordings …a knot in the wood… and three shadows of blue won Arts Critics favour in the USA for their fine interpretations of bossa nova and Brazilian popular music. Together they have been intoxicating audiences throughout Australia, the Pacific, Brazil and beyond, selling over 15,000 independent releases.

Clark's 2007 original EP release Breathe into Time picked up two songwriting awards for the title track and is published in the Australian Jazz Real Book.

Now with her original band project Diana May Clark and the Sunny Set, Clark takes you to another sonic dimension combining psychedelic styles with cross-cultural rhythms. This is truly neo-pop: intercultural, sophisticated, fresh and instantly charming!

“From the get go, Diana May Clark’s The Other Side of the Girl makes you wanna undulate! Not nod your head, not tap your toes nor click your fingers - you wanna move your hips... Later, you can lie on your back staring at the sky and let the sublime blend of voice and music take you slipping through time like sunshine through treetops. You’ll be needing a rest after all that dance floor action.” Pat Monaghan

“An amazing sounding record, where each and every song is an event! Musically, lyrically and rhythmically brilliant and topped off with a voice of sheer delight to the ear.” Charles Jenkins 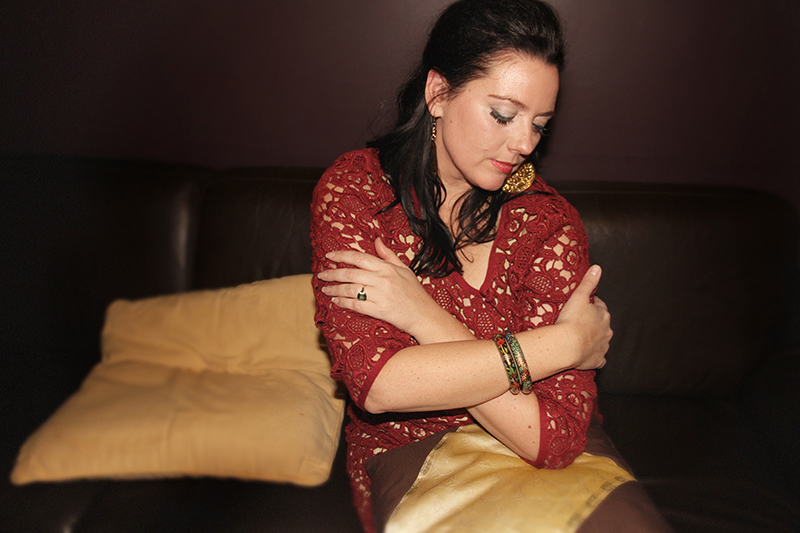 "Driving this new band (The Sunny Set) is a revelation..." she says... "After the bliss of singing Portuguese for many years I began to crave the connection of performing in my mother tongue, finding great song-writing mentors in oz folk/rock artists Charles Jenkins (The Zhivagos) and Greg Arnold. I then discovered the insightful teachings of Berklee lyrics professor Pat Pattison.

So with the encouragement of Arnold who went on to produce the Album, I'm singing originals with a kick ass rhythm section including 'Doc' de Vries as I've re-named him, on electric guitar and powerhouse drummer Alastair Kerr. We've carved a fun sound and really enjoy sharing it."

De Vries and Clark have established a loyal fan base in Australia and travel to Brazil regularly for collaboration and inspiration for their compositions. The duo's recordings A Knot in the Wood and Three Shadows of Blue winning Arts Critics favour in the USA for their fine interpretations of Bossa and Brazilian Popular Music. Together they have been intoxicating audiences throughout Oz, the Pacific, Brazil and beyond. In 2015 Clark's new English version of Brazilian musician/poet Chico Cesar's song Mama Africa (People Got to Hear) was co-licensed.

In 15 years Clark has released 7 CDs, 1 EP, and 3 singles; been a finalist in national and international Jazz singing comps, won best song/album in the contemp a capella recording association awards (USA) within vocal group Akasa, directed the 400 voice Melbourne Millennium Chorus in concerts for Refugees, East Timor and Reconciliation, published the Borboleta Brazilian Songbook and along with de Vries established Brazilian music studies at NMIT Bachelor of Music in Fairfield, Melbourne; where she enjoys teaching singer/songwriters.